Looking for last-minute program elements for Valentine’s weekend? Here are three of our favorites that you can plug into your love- or relationship-themed message right away!

We have many more resources like these, along with full messages and graphics packages available in the store. Search for topics like love or relationships to get just the right thing for your church.

I first became aware of your work back in 2007, just after Granger made headlines for the “PureSex” series promotion, which included some suggestive billboards around town. Some people said you went too far with that. How do you know when to go big, to push the envelope; and when to keep things a little more subtle?

There’s no simple answer for this question—and I get this question a lot. Speaking the language of our culture is always going to take us into places of uncomfortable tension because we have the burden of knowledge and desire for purity. And, like every topic under the sun, there will be liberal and conservative debates about it. But, I think it’s worth the risk and you have to find where your own personal conviction lies. It’s different for every church and maybe even different for each pastor on staff at the same church.

Last year, we did a series called “Sex for Sale” and we were fine with it. No moral conflict whatsoever. Ironically enough, the series won us hate mail and phone calls from people who called us evil and corrupt and reported us to the Attorney General and Better Business Bureau. (I kid you not.)

I don’t fear the wrath of what other church people think about the risks we take. Instead, I fear the thought of people who will live an eternity without experiencing Christ. Sometimes, we have to lower the bar so someone can accept the invitation to a higher bar. (I stole that line from John Burke.)

(Excerpt from Ministry Matters Interview | 4 in series of 6)

Our One-Day Workshops are happening this Friday and Saturday. These are intense and focused, interactive learning environments that your whole team can take advantage of. Get away for one day and join us at Granger Commons on Friday, April 25 to learn more about First Impressions, Communications and Kids’ Ministry. Then stay with your team for the Arts All-Access workshop on Saturday, April 26 where you’ll go behind the scenes and attend the Saturday night service. 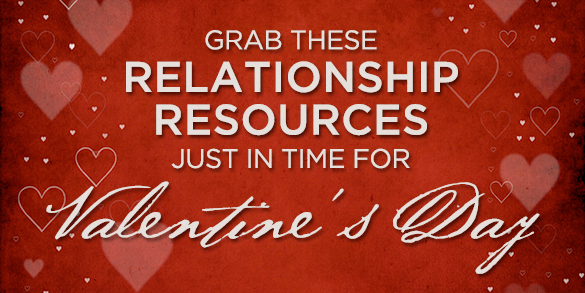 Looking for last-minute program elements for Valentine's weekend? Here are three that you can plug into any sex- or relationships-themed message or series this weekend!

We have many more resources like these, along with full messages and graphics packages available in the store. Search for topics like love or relationships to get just the right thing for your service.